Fluorophores and haptens, the latter meaning Biotin, Desthiobiotin, Digoxigenin and Dinitrophenol, are the most commonly used labels for the generation of non-radioactive DNA/cDNA probes. They are enzymatically introduced into DNA/cDNA via modified nucleotides that are incorporated as substitutes for their natural counterparts in either a one-step procedure (introduction of a fluorescent or hapten-modified nucleotide) or a two-step procedure (introduction of a reactive group carrying nucleotide and subsequent fluorescent or hapten labeling). 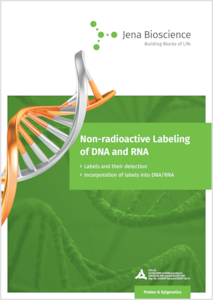 Non-radioactive Labeling of DNA and RNA 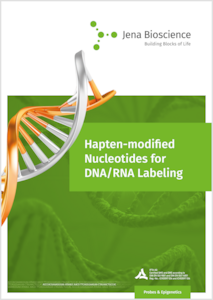