Leishmania tarentolae is a close relative of all pathogenic Leishmania species as well as of other pathogens such as Trypanosomes, Plasmodium and Toxoplasma. Due to this evolutionary proximity, the LEXSY technology is efficiently expressing parasite proteins with 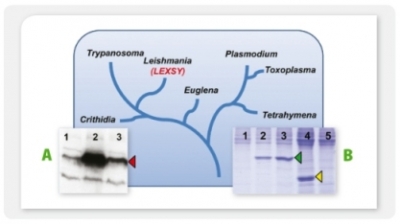 In addition, the expression vectors developed for LEXSY can be used for creation of transgenic strains of other Leishmania species including L. amazonensis, L. donovani, L. infantum, L. major, L. mexicana and also Crithidia sp. as well as the plant parasite Phytomonas serpens. These features of LEXSY enable functional characterization of parasite proteins, investigation of parasite-host interactions, in vivo and in vitro screening of anti-leishmanial drugs and vaccine development. 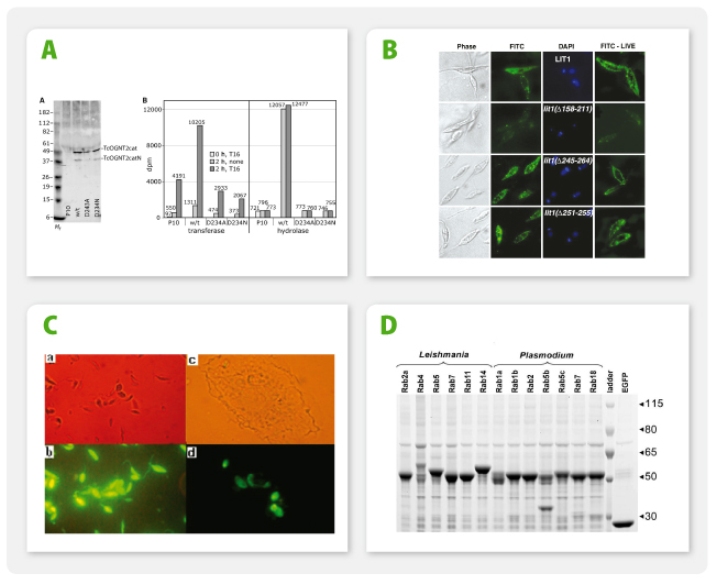 PDF Lecoeur et al. (2010) Early Curative Applications of the Aminoglycoside WR279396 on an Experimental Leishmania major-Loaded Cutaneous Site Do Not Impair the Acquisition of Immunity. Antimicrobial Agents and Chemotherapy 54:984.